Here is a list of 10 buildings in post independent India that had a lasting impression on me during my formative years as an Architect. These are the buildings I had seen/visited or read about that shaped my initial Architectural language and design sense .  (Note- This is not an attempt to rate the best buildings) 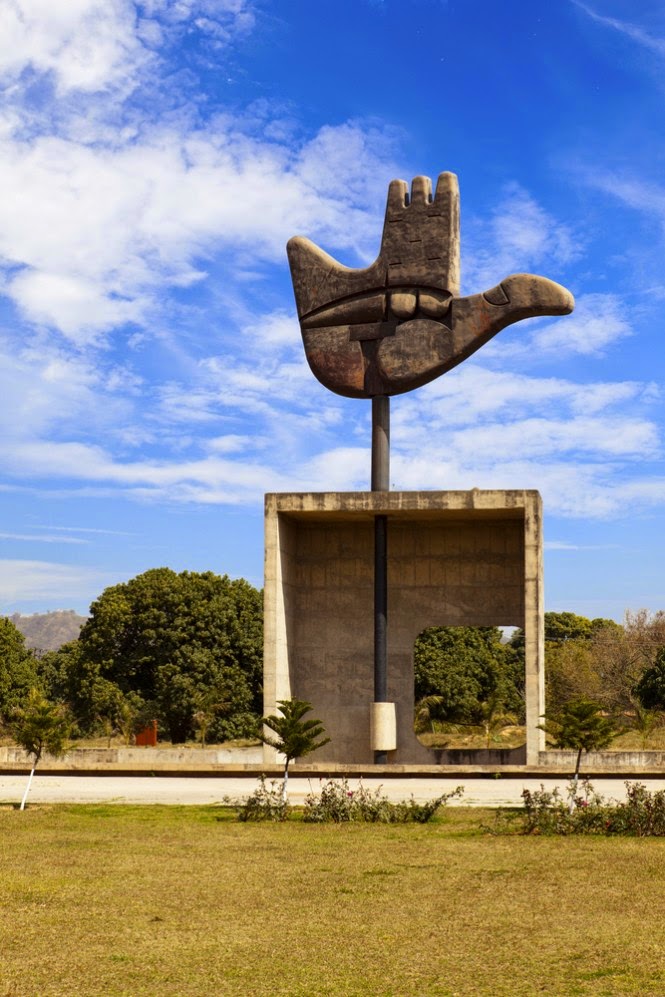 I first read about Chandigarh's urban design and buildings in an article "Did Corbusier create a dead city?" in a magazine called SPAN ( released by the US consulate in India). I was in High school then. In spite of all the criticisms poured on Corbu and his city design, I have to admit my admiration and the influence of his buildings in my early career. His bold open hand/ bird motif  was my personal favorite. The rigid box below with a flying hand above was  a great example of symbolism  and creative expressionism. 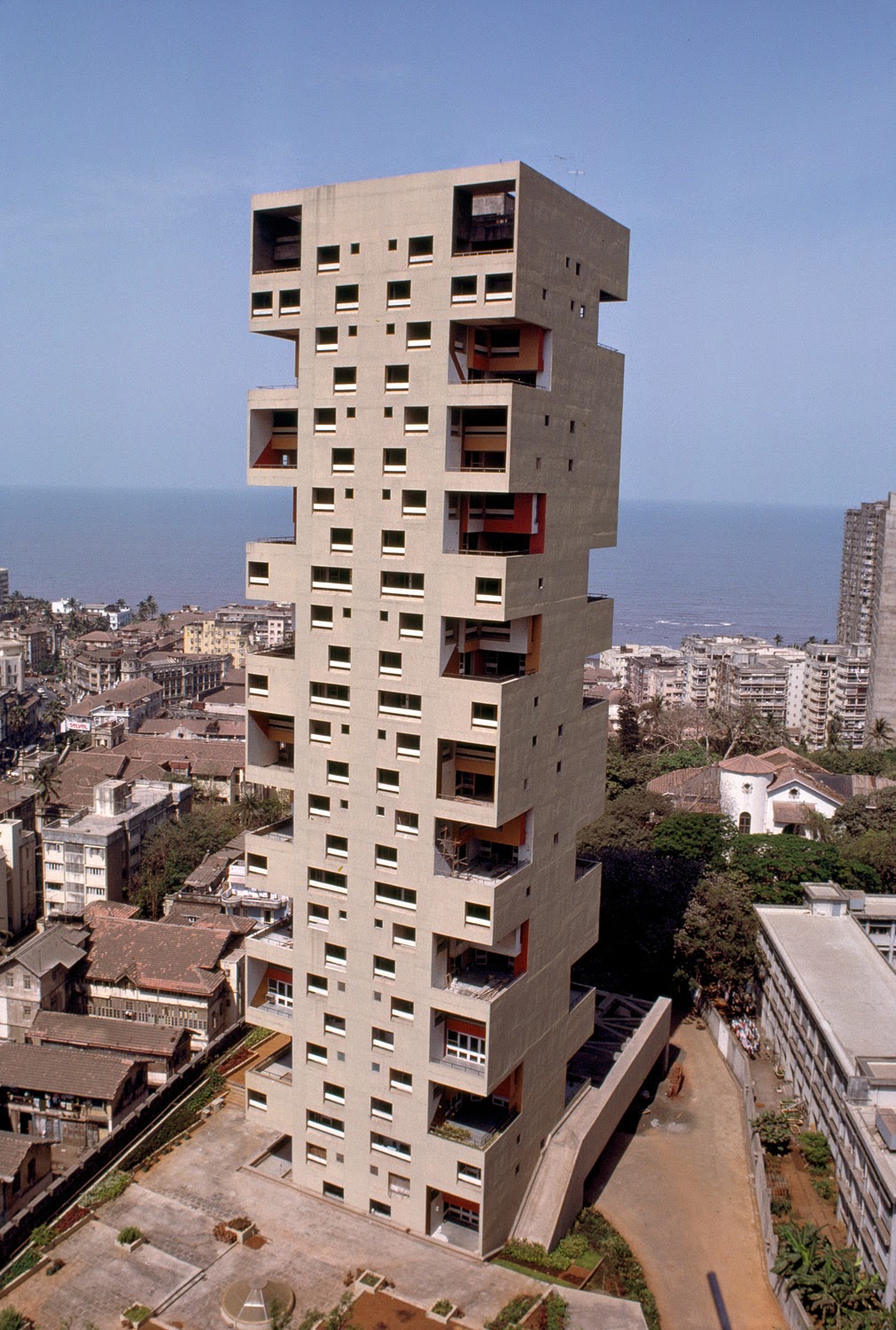 I first saw a small picture of Kanchanjunga apartment in 'Sir Banister Fletcher's A History of Architecture' in my I year at Architecture school. This Charles Correa modernistic classic from the 1970s is a pioneering experiment in Apartment architecture. Correa's clean cubical massing with a play of solids and voids and his planning in multi levels left a lasting impression on me. 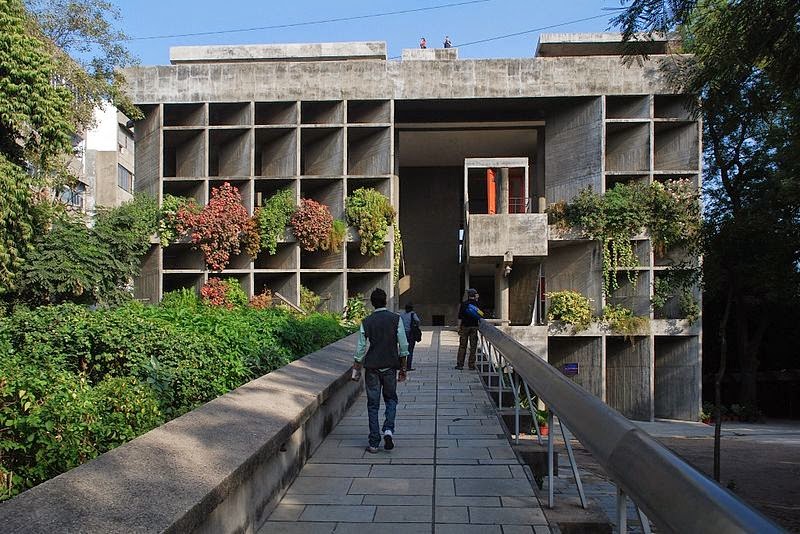 Another Corbusier classic from the 1950s , the ATMA house, is an important work of Architecture in India. This building introduced me to the beauty of rough shuttered concrete facade with Corbu's famous sun breakers - 'brise-soleil'. 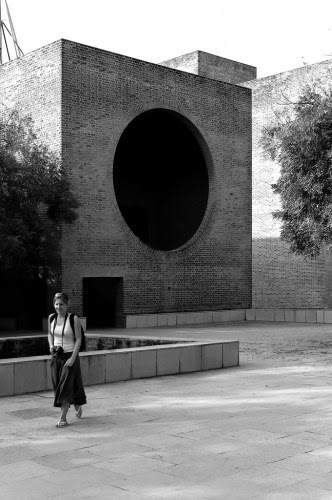 IIM-A , a Louis Kahn master piece and a campus that set the tone for future campus planning in India. I visited this building as part of my Academic tour when I was in my III year and my concept of space planning, natural light &shade and scale were redefined. A new admiration for exposed brick work began for me. 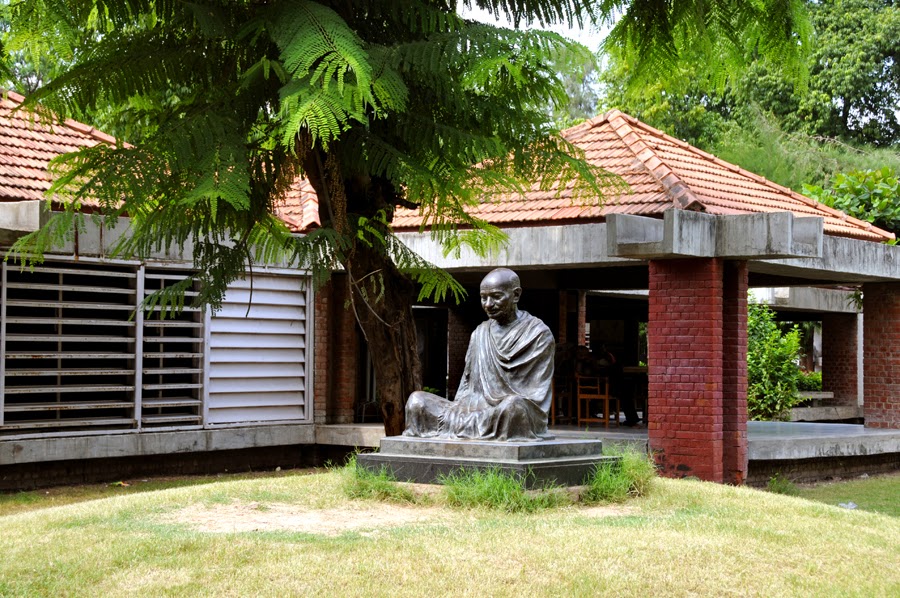 I saw this Gandhi memorial museum at the banks of Sabarmati, during my visit to Ahmedabad as a student. Here I realised that one can create "awe" just by simplicity. Charles Correa 's simple grid geometry with open planning, honest material usage, elements like water court and rain water gutters between slope roofs had a strong influence in my design thinking. 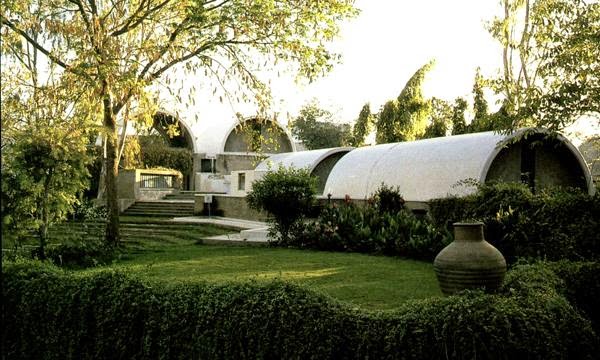 Balakrishna Doshi's own studio , Sangath, is a dream work space for any Architect. I love this building for its sculptural aesthetics played by the Vaults. The setting with its greenery , informal spaces punctuated with Terracotta urns & sculptures and  amphitheatre-like grass steps is worth a visit for any young Architect. 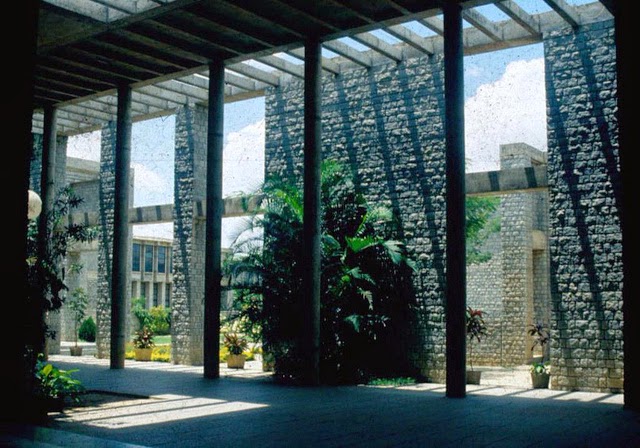 Another campus that I greatly admired as a student - the Indian Institute of Management at Bengaluru designed by Doshi. The play of long pergola shadows on the stone walls left a lasting impression on me and still remains a favorite phrase in my Architectural language. 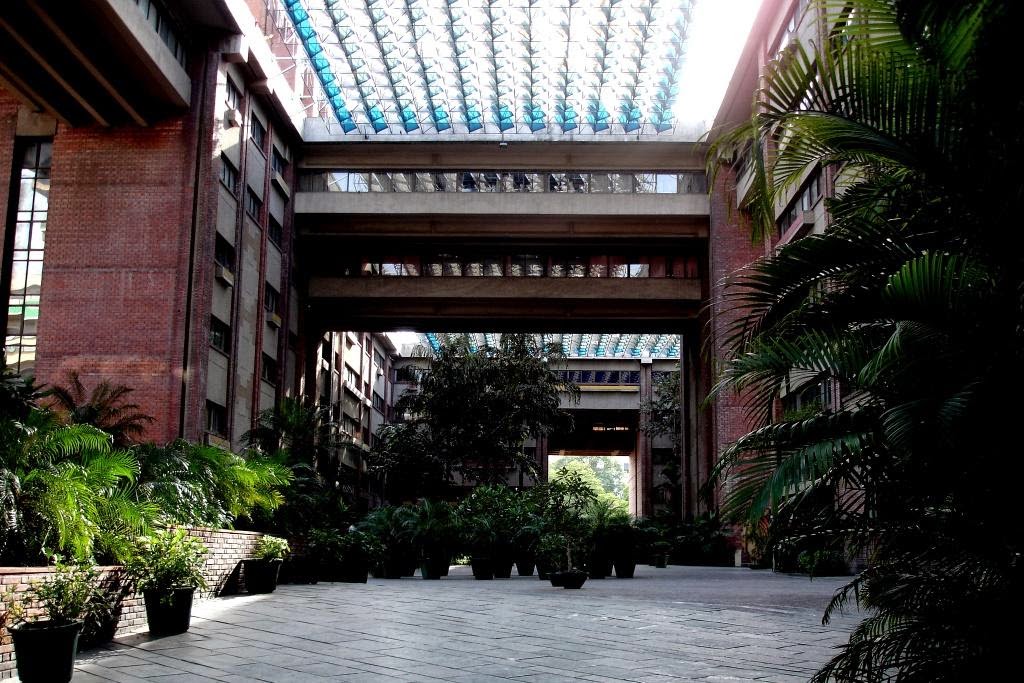 This is one building that needs to be experienced to be admired. Since the Indian Council of Architecture is located here, most Indian Architects must have visited this building at some point of time. Designed by Joseph Allen Stein , this building is a case study for spatial planning and effective micro climate control by design. I have a post dedicated to IHC here. 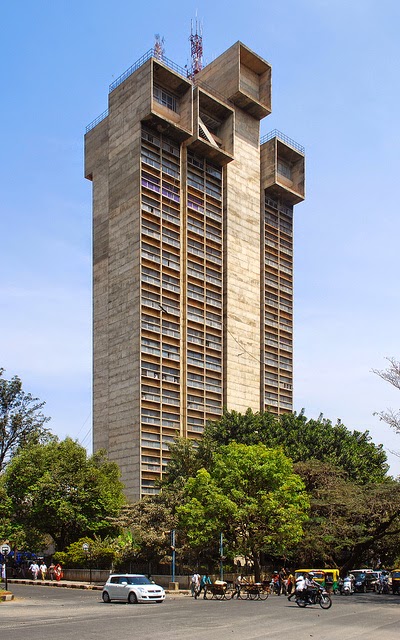 The Visvesvariya Tower - Designed by Charles Correa and one of my favourite buildings in Bengaluru. I love this building for its rustic concrete finish and amazing proportions that you hardly find in high rise buildings in India.

I am a big fan of Architect Geoffry Bawa. One of his master pieces stands in Madurai as a lesson on interpreting vernacular architecture. Now the club has been preserved and transformed into the "Heritage" hotel
you can read more on this building here
Posted by ashok at 4:24 PM

Email ThisBlogThis!Share to TwitterShare to FacebookShare to Pinterest
Labels: Architecture, My Favorites