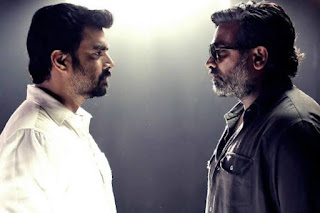 The husband wife duo of Pushkar and Gayathri have given to Tamil cinema an outstanding neo noir action thriller.
Inspired by the Indian folktale Baital Pachisi, where King Vikramaditya captures the demon Vedhalam... But the Vedhalam every time escapes after telling the king a story that ends with a question.

The film is the clash of an honest police officer Vikram played by Madhavan and a dreaded gangster Vedha played by Vijay Sethupathi.
The beauty of the film is the contrasting chemistry brought out by Madhavan and Vijay Sethupathy , with their own characteristic styles. This will go down for Vijay as one of his career best performances. His screen presence simply takes the movie to another level.

The film is a lesson in script writing. The story telling with lots of twists and turns keeps you on the edge and the cat and mouse game climaxes in the end where the jigsaw puzzle cleanly falls in place.Background score by Sam CS is brilliant.
This is the kind of movie you need to watch twice, once in suspense and once after knowing the plot just to relish how intelligently its made. 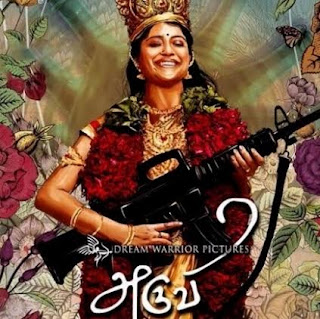 Arun Prabhu's impressive debut effort Aruvi is another thought provoking must watch of the year.
Posted by ashok at 5:23 PM