After my Afghan stint, my new job landed me in Bangalore in 2006 and naturally like any Tamil coming to Bangalore, my first residence was at Ulsoor (Halasuru), the area where my brother was already living with friends. He introduced me to a Tamil church  that we used to walk to on Sundays. It was the historic Holy Trinity Church. Even after I moved to Bellandur in 2008, my family still continued to attend this church. We have fond memories of Christmas and New Year services. Beautiful memories of my daughter running around the church, memories of a surprise call from a member to come forward to do the offering collection , memories of different sermons by various pastors...Ever since we moved to North Bangalore in 2018, ( quite far to attend this church anymore) I have been thinking to do a post on this lovely church that had been a part of our family for more than a decade. So here it is...

At about the time when tiny, sporadic revolts against the British Empire had started taking place across India, Bangalore managed to get the unbending British to do something they had never done before: Build a second church in the same station. It was called Holy Trinity Church.

Though Christianity had made inroads way back in 1724, there was only St Mark's Cathedral to accommodate the increasing number of Christians in the cantonment area. Also, St Mark's catered only to the English-speaking congregation. That's when people in the area began pressurizing the British regime to build a second church and staged protests at South Parade. At first, the government denied them permission because of East India Company's one-station-one church policy. But the protests were such that the Company's directors finally changed their policy for Bangalore.


Holy Trinity Church, standing high at the east end of MG Road (then South Parade), was a historic milestone in the city's development during the glorious Victorian era. Built in the English Renaissance style, the spot on which the church stands was chosen by Bishop Corrie. It was the place which gave Lord Cornwallis' military career a fresh lease of life after his humiliation at the American War of Independence. Under Cornwallis' charge, the British had suffered an embarrassing defeat, but once posted to India, Cornwallis enacted numerous significant reforms within the British East India Company and its territories. He also led British and Company forces to victory over Tipu Sultan in the third Anglo-Mysore War. 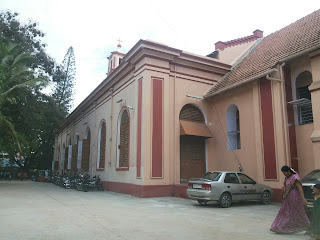 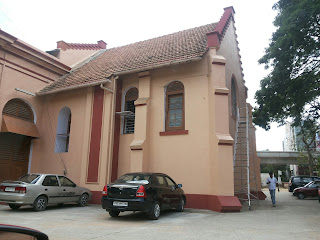 The foundation stone of the church was laid on February 16, 1848 and the church was opened on August 8, 1852. The original estimate of the construction was Rs 27,000. However, the archdeacon suggested improvements at an additional cost of Rs 6,500. With the ability to accommodate 700 people, it became famous as the largest military or garrison church in south India. 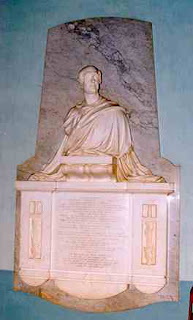 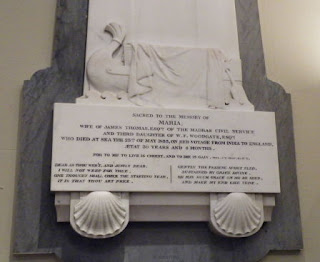 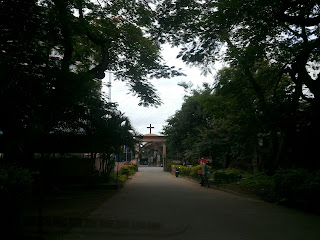 A closer look at the 158-yearold church takes you back to colonial times. The walls of the church were adorned with stone tablets and statues of generals and other military officials, who died in battle across South East Asia. A few statues were specially carved in England. The furnishing and embellishments were designed by Rev W W Lutyens. 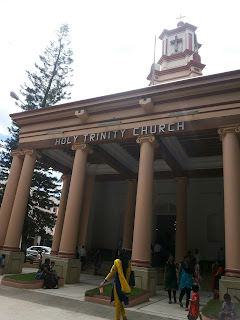 The workmanship on the furniture was of a very high standard and they remain beautiful even after 140 years. The great bell of the church was cast by the famous Mears Foundry of London in 1847 and is intact. The pulpit and pipe organ were also built in London, though the pipe organ was later sold to the Tamil Evangelical Lutheran Church 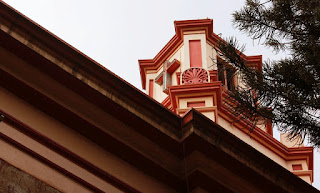 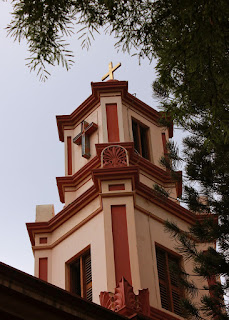 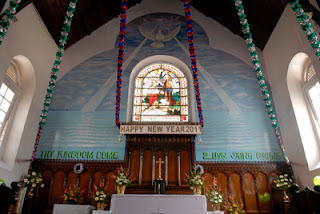 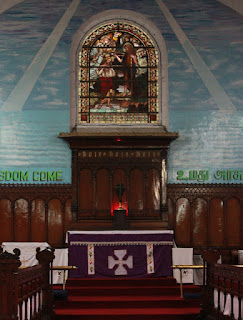 The stained glass window above the tabernacle, depicting the baptism of Jesus, was brought specially from England along with the baptism pond. The cross was presented by Queen Victoria's own West Kent Regiment in memory of those who died when the unit was based in Bangalore. 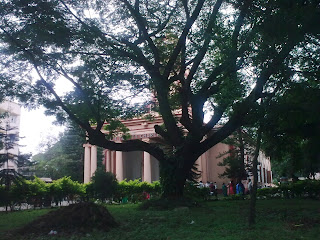 Wood carvings of three pairs of angels on the roof above the choir pews and the altar symbolize angels guarding the Holy of Holies. The front pews, which had brass plates on them, were reserved for the honorable resident. The bell tower of the church is worth looking at not just for the strength of the structure and the solidity of the wooden ladders but also because of the beautiful view of Bangalore that it affords.
Soon after independence and the formation of the Church of South India in 1947, the church underwent a sea change. Initially, military priests were posted at the church. Gradually the English-speaking congregation began disappearing, paving the way for services in local languages. Till 1965, the church was called Holy Trinity Garrison Pastorate and later renamed Holy Trinity Church by the Mysore Diocese SOME TRIVIA -  * Winston Churchill, the former prime minister of England, was a parishioner here. He began his military career in Bangalore before moving to Afghanistan.
* The letters "BM" carved on the steps of the church was made during the 19th Century. Trigonometric Survey of India, a difficult undertaking that cost many Englishmen their lives.
* One could earlier get a clear view of the statue of Queen Victoria at the other end of MG Road from the porch of the church, but not any longer, thanks to the Metro Rail.
Posted by ashok at 2:10 PM