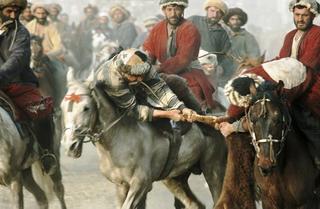 Buskashi...
the national sport
of afghans...


Blame it on a quest for adventure or perhaps a quest for dollars or even blame it on your testosterone. It’s still a mystery unsolved by science - why men sometime enjoy taking the crazy decisions that they take - like bungee jumping, like marriage or like coming to Afghanistan? Why I landed up in this God forsaken country- Afghanistan? God forsaken... Maybe. But certainly not ‘dollar forsaken’ as it seems right now .

Afghanistan to its credit has never been ruled by a foreign power for long for just two reasons- the tough Afghan terrain and the tougher Afghan people. The British failed here. The Soviets had their worst embarrassment here. (The only other countries in history to have an embarrassment anywhere as close are the US in Vietnam and India in the Olympics) But forget the foreign rule. Afghans have never been ruled by themselves for a long time. Afghanistan was prospering well under the rule of king Nadir shah(?). I couldn’t believe my ears when I heard that 30 years ago Kabul was more modern than Delhi and girls roamed the city in mini skirts & sleeveless tops.(I hope Kabul catches up with those good old days soon) But all were short lived as more than 2 decades of war has brought it to its present sorry state.

Most Afghans now feel “enough is enough and its time for us to move ahead ourselves “and of course with US dollars!

If Indian women think that they are curbed in a conservative Indian society, they should have seen afghan women under Talibs. I very much doubt they were allowed to remove their Burkas (Pardhas) during bath. I can understand someone punished for skipping school but here they publicly canned girls who tried to read secretly.
I was happy that I could commit the crime of talking to my wife in public without being stoned by Taliban. I was happy that I can sing and dance without being shot on the ass by Taliban.

By the way, I was actually happy that I was earning in Dollars, spending in Afghani and saving in Rupees.

Democratic India suddenly stood before me with a new meaning. And I must thank Afghanistan for making me realize that Demo-crazy is Bliss!
Jai Hind! 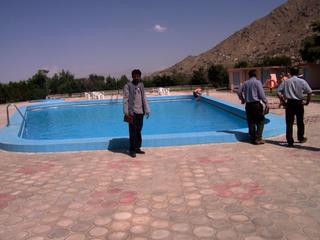