The American college and kollywood

It was an innovative program organized by the Fourth Wall Theatre, A Drama Trust at the American College, Madurai. Titled, `Face the camera and face the life,' art-crazy students evinced keen interest in the 10-day workshop.
It was made possible when Karu. Palaniappan, a distinguished alumnus of Department of English, who shot into fame with his debut movie, `Parthiban Kanavu,' the winner of seven State awards. Palaniappan preferred American College campus to shoot his next project, `Sivappathikaram’. . .read more @ the Hindu
(btw, Palaniappan is my school senior and elder brother of my friend Karu.Annamalai. )
The American college is proud to have talented alumnus in the tinsel world like Director Bala , Comedian Vivek , and a host of other actors and technicians as well. Prof. Soloman Pappaiya (of Tamil Pattimandram fame )now doing cameos in films is a retired HOD of the Tamil department.
BTW, whats the name of the talented actor who played the corrupt police inspector in Kamal's Virumandi? (he is from this college too)

PS : I did one semester of B.Sc Physics in American college before I switched to my Engineering College :)
Posted by ashok at 11:42 AM 15 comments: 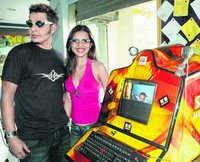 VJs Cary and Paloma from SS Music
were in Madurai this week to inaugurate a `Virtual Request' kiosk at Tornado, one of the popular joints for the young at heart. Anybody stepping into the hang out could use the kiosk, free of cost, to request a song or to dedicate it to his or her loved ones.
In a pep talk, the Jockeys completely disagreed with the "so-called conservative" outlook of the "traditional" city and believed that the youth here were "wrongly branded as outmoded" besides being denied of an opportunity to be avant-garde.
"It is a mistake by most of the television channels to avoid places like Madurai after being carried away by such illogical notions of conservatism. But, we cannot be cowed down by such tantrums. SS Music has many things in store for Madurai and the first step in the direction is setting up this kiosk," exalts Cary.
(From the Hindu...)
Posted by ashok at 1:06 AM 2 comments: 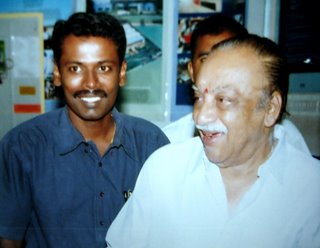 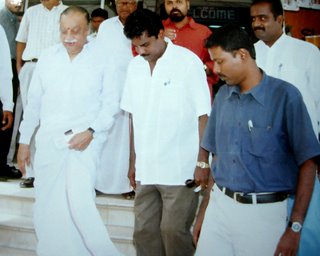 It was shocking to hear the demise of Mr.PTR.Palanivel Rajan , Tamil Nadu's Aranilaithurai Minister from Madurai, today morning. Returning to Madurai from Chennai in Pandian Express , he had a cardiac arrest near dindigul and died on the way to the hospital.

I know him personally thro’ a mutual friend Mr.Balan and used to meet him mostly during opening cerimonies of commercial buildings designed by me. Once when I was the secretary of the Indian Institute of Architects (Madurai center) we organized a mega event and I invited him to inaugrate the function. Even though my invitation was at the last minute, he kindly obliged for my sake. 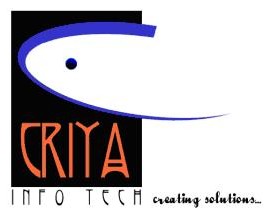 Name , Logo and caption I designed for the software company started by my friend Saju D'cruz in Kabul, Afghanistan...
Posted by ashok at 4:32 PM 5 comments:

Logo and caption I designed for my friend Rafi's Software company in Madurai few years ago... 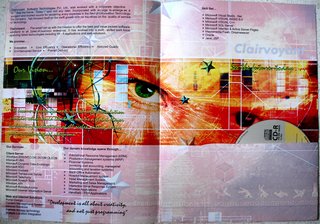 The Brochure I designed for Clairvoyant
Posted by ashok at 4:26 PM 4 comments: 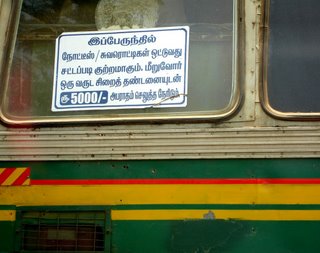 Was the person who pasted this notice also punished?
Posted by ashok at 11:58 AM 4 comments:

I had never taken this new formed so called students' party seriously...but Iam surprised to see the kind of media attention that they have been continously getting.
Whatever,Check this Link. Someone has gone the extent of creating a blog to 'expose' the kids and their hidden agenda... LOL !
Cool down people!
Posted by ashok at 12:44 AM 8 comments: 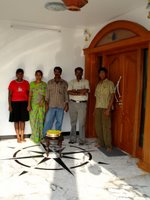 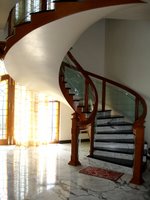 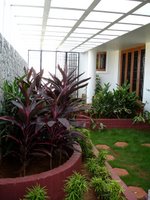 Today I visited 'Saradha Nivas' the residence I designed in 2004 for Mr.Jawahar in Madurai... The client had lavish tastes for expensive stuff like teak wood work, italian marble, italian furniture, imported fittings, Spanish tiles,etc...It was an interesting experience to try out all high end stuff.

click here for more interesting snaps...
Posted by ashok at 12:19 AM 19 comments: 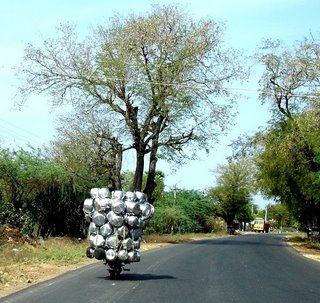 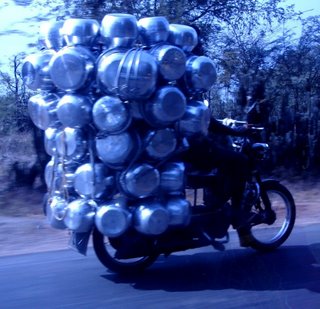 snapped on the way to Madurai from Karaikudi...
Posted by ashok at 10:08 PM 6 comments:

Ever since i read about this small Temple hamlet at koviloor (some 2 kms from Karaikudi) in Chens' blog and also heard so much about it from WA , I had madeup my mind to visit it. Today was the day. 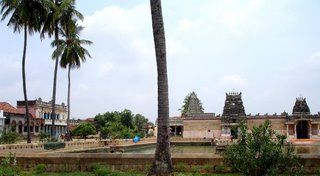