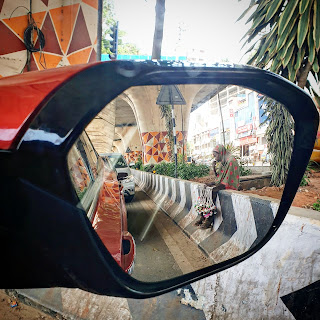 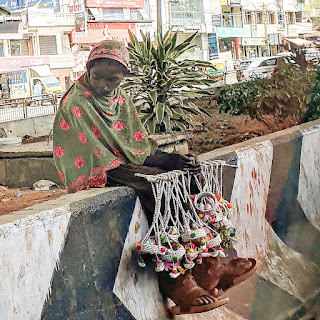 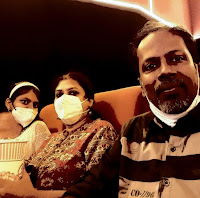 The last 2 years, Covid fear and lockdowns had forced us to shift to OTT platforms for movies and we had almost forgotten the joy of watching movies on the big screen. So it was time to revive the big screen joy and we thought no better movie to do it than "Vikram" the Tamil block buster starring Kamal Haasan! The Inox cinemas at RMZ Gallerial mall was the nearest choice . My wife still had some apprehension as the news of a 4th covid wave outbreak was doing the rounds...but finally we took the risk and booked it for the Sunday. Vikram is a larger than life action thriller that was creating quite a buzz ever since its release last week...and we had to see it on the large screen! 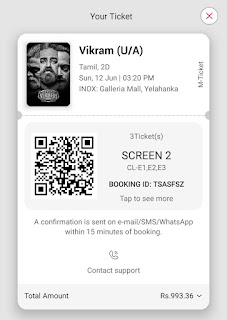 Coming to the movie...

The Film shares the name "Vikram" with the 1986 spy movie of Kamal Haasan. There was a bit of nostalgia for me there but apart from the title theme , there was hardly any referencing with the older version. For the records, I still love the old Vikram title track composed by Ilayaraja! 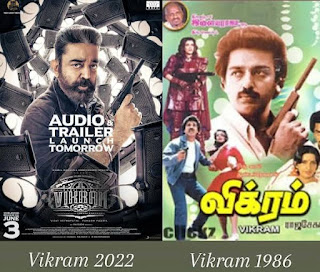 After the decent success of Vikram in 1986, it was expected that Kamal and Sujatha(the writer) will make few more sequels in the lines of a 'James Bond' series...but that did not happen.... But after 36 years, we finally see the new Vikram!

Title track from vikram ,1986 , sung by Kamal Haasan
Director Lokesh Kanagaraj has made the first true action genre film in Tamil as far as I know. If you are ready to ignore the logical flaws and cinematic liberties that go with Indian films, you will be able to enjoy a gripping action entertainer even though spun around a done and dusted story that just moves superficially. The style of film making is something to relish and will set the bar for future action Indian films. By linking events and characters to his previous movie "Kaithi", Lokesh has attempted to create a universe of his own... Anirudh Ravichander has rocked with his BGMs !

Fahad Fasil - I was already a big fan of Fahad's performances in Malayalam movies....having watched so many of them on OTT in the last 2 years. It was refreshing to watch Fahad on the big screen finally and he did not disappoint. The first half belongs to him!

Vijay Sethupathy -  has done a quirky badass villain and has given his best to make the character interesting and colorful all by himself. But there is not enough support to his character arc from the director. A tad disappointed the way this character weakens and ends... Its confusing whether to believe he is a ruthless don (by the hype of his introduction and comparison to Pablo Escobar)  or a weak paan working under another bigger don.

Kamal Haasan -  Happy to see him play a character his age. Its hard to believe he is 67. His intensity and style carry the movie to another level in the second half. He makes this film worth a watch on the big screen!
official trailer
Posted by ashok at 6:26 PM 7 comments: 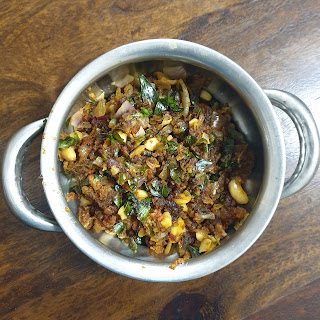 My own recipe of Mutton sukka  - 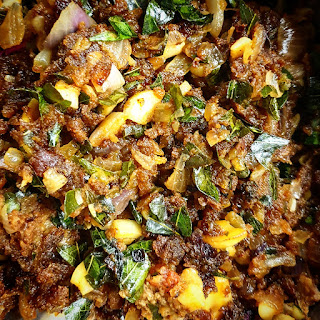 "Being not only his class teacher, but a well-wisher and mentor during Ashok’s early school years, I was quite fortunate to detect Ashok’s unmatched skills in drawing/painting through my Talent Hunt scheme, which endeavored to unearth the hidden talents of the students. He was the ace up my sleeve to challenge other schools in the inter-school competitions. He never failed me at any time throughout our schooling period......
When I happened to browse through “Ashokism 75” comprising his digital expressions of art, I was
flabbergasted by his extraordinary talent and creativity with profound imagination, depicted with even
minute details....  Ashok has mastered both in his paintings and poetry. Both go side by side. “Painting is poetry that is seen rather than felt, and poetry is painting that is felt rather than seen”.
Overall, I was amazed by his astonishing creations. The real painter “doesn’t paint the world he sees, rather he paints the world he feels”. That feeling is exhibited genuinely in his paintings.
Congratulations Ashok and wish you all the best in your life and career!" 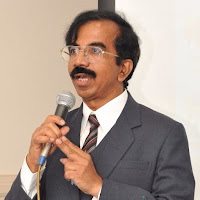 Kalaimani T
Teacher, Tamil Poet, Writer, Photographer, Journalist and Art lover
Sydney , Australia, https://www.tkalaimani.com/
The above is an extract from the tribute of Mr.Kalaimani published in my book "ashokism75 - Digital expressions in Art"
If I have to name only one teacher from my school who had the most influence in my life, I have to say it was Kalaimani sir. Apart from being a good Biology teacher, Kalaimani sir took upon himself the role of mentoring students in extra curricular activities , especially in the fields of Art.  He was the one who identified my artistic skills when he conducted a Talent hunt competition when I was in the VIII std.  There was no stopping me from that point as I was able to participate and win many competitions in and outside my school. My inclination to take up a creative profession also came from the self confidence I was able to develop in my artistic expressions in my formative days...The encouragement and push from Kalaimani sir during school days is something I am always indebted to.