A visit to Keezhadi Archaeological excavation site near Madurai was long due. I drove there last Sunday (13th October) with my family and was surprised to see a huge crowd thronging to catch a glimpse of our long lost past. The excavations have revealed 1500-600 BC settlement and the discovery of Tamil Brahmi letters etched on pottery and other objects has aroused great interest. 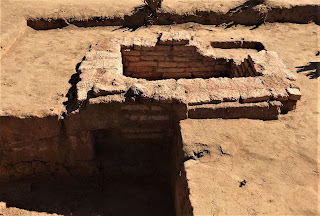 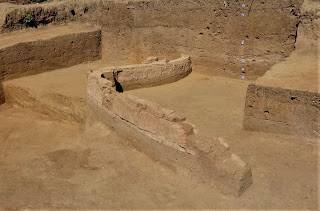 Keezhadi was a chance discovery. In 2013-14, the ASI conducted a survey of the Vaigai river basin, covering about 400 villages on either bank of the river. The river originates near Vellimalai in Theni district in the Western Ghats and traverses about 250 km before debouching itself in the Bay of Bengal near Azhagankulam, a port city that belongs to the Sangam Age. Amarnath Ramakrishna led the survey. The aim was to identify sites for excavation in order to help in the understanding of the cultural transformation that took place in southern Tamil Nadu during the various periods. 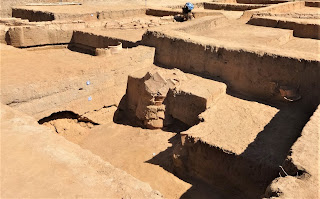 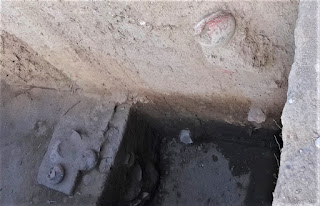 The project went through difficult phases when Amarnath and his team were transferred by the Central Indian government and funds cut at a time when the discoveries were gaining momentum and public awareness. Public voices were raised and soon the State Archaeological department took over and more discoveries were done. The visit made me realize that  its only the tip of the iceberg that's been unveiled. I hope more funds are allotted and the ASI does a fair job to bring to light the hidden treasures. A museum to tell the Keezhadi story is a must.