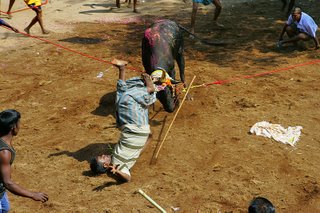 I wasn't surprised to read about the court ruling that bans the traditional bull baiting game 'Jallikkattu' of the Madurai and other southern neighboring districts.
I had lamented about the deterioration of this sport long ago in this post. 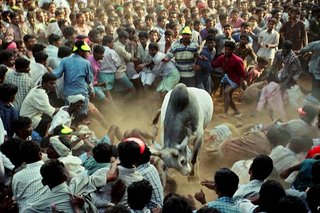 This is sad. The sport has a history of more than 3000 years and should have been preserved as a Heritage event.
The state government had turned a deaf ear to repeated appeals by different forums and animal rights groups to reform the event to guarantee better safety standards.These groups took the issue to court as the last resort and earned a ban verdict. 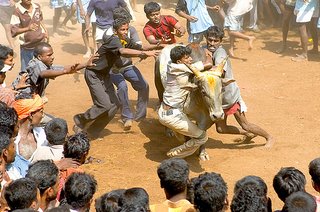 Its a pity that a court had to intervene in an issue of tradition and culture.The right thing would have been the timely intervention of the state government to conduct the event in an organized and safe way. .

Hope better sense prevails and the ban is lifted soon...