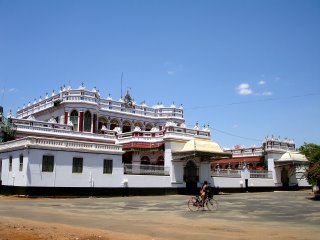 Atlast I managed to visit the famous Chettinad Mansion also known as the Raja's Palace at Kanadukathan. Here are some snapshots... 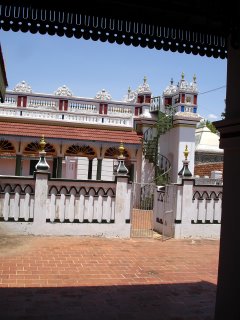 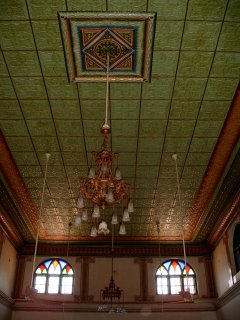 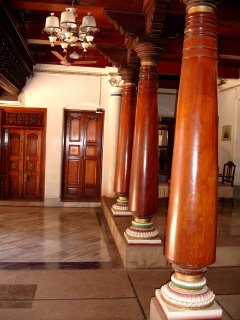 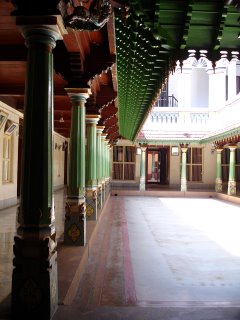 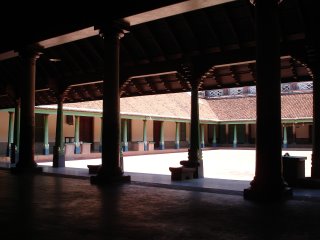 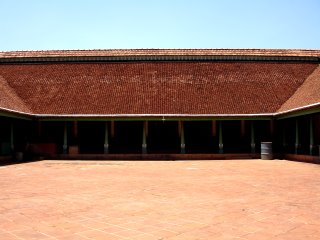 The Mansion was constructed by S.A.Rm.Ramaswamy Chettiar . The construction began in 1902 and it took ten years for completion. The mansion is huge, extending over 40,000 square feet and the rooms are embellished with the lavish use of Burmese Teak Wood, Italian Marble and English Steel.

It contains several Courts, Halls and Corridors with Carved pillars. As one enters the mansion one passes through the front yard comprising of the traditional Tulasi plant and a Portico.Beyond the Portico there is a beautiful veranda-crossing which leads to a Marble Hall. Flooring is made of white and black Italian marble and the Pillars are of Shining Black Marble. This is the Marriage Hall. After this hall comes the huge main courtyard which has two floors supported by Iron pillars. The second floor houses bedrooms with picturesque walls and attached bathrooms. Each bedroom has an entry into a common long balcony overlooking the street. It's from here that you get to watch day-to-day life bloom and the other roofs of the village that paint the clear blue sky. An open air shower has also been provided in the balcony.

Similarly, the flooring too varies from court to court. The various kinds of flooring include Lime mortar, Marble, Athangudi tiles, Anai Adi Kallu, etc. Pressed metal plates have been fixed in many places as false lining for the top ceiling.

Details from Chettinadmansion.com
Posted by ashok at 10:26 PM

Email ThisBlogThis!Share to TwitterShare to FacebookShare to Pinterest
Labels: Travel